I have several servers on AWS (Amazon Web Services). I pay a fee each month for an Elastic IPv4 address. I use this address for an OpenVPN server to access my EC2 instances.

"No distinction between public and private IP addresses. IPv6 addresses are public"

I confirmed all my computers, network equipment, and ISPs would work with IPv6.  After upgrading my router to a Cisco RV042g, I had everything.  However, IPv6 addresses were not working.  I found the time to troubleshoot the problem and found a solution.

I have Spectrum (Time Warner Cable / Road Runner) on WAN1 and AT&T on WAN2.  Both are on a gigabit connection.  AT&T is metered, so I use Spectrum as primary and AT&T as backup.  I also route all voice-over-IP traffic through AT&T.  Both WANs are configured the same in the IPV6 configuration in the Cisco router.

I found this command to open ICMP on my Windows firewall

Then, I disabled all the rules that allow inbound and outbound ICMPv4.


Note: Some of these images were captured with the primary WAN (WAN1) disabled. 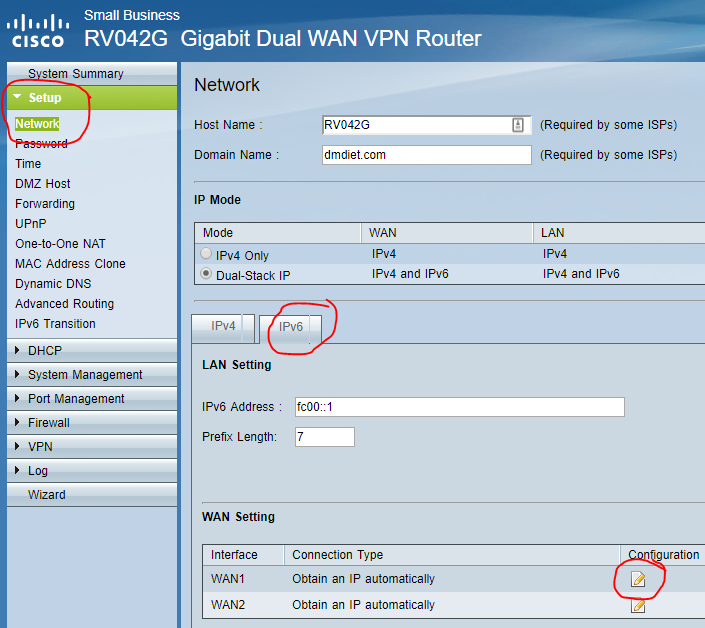 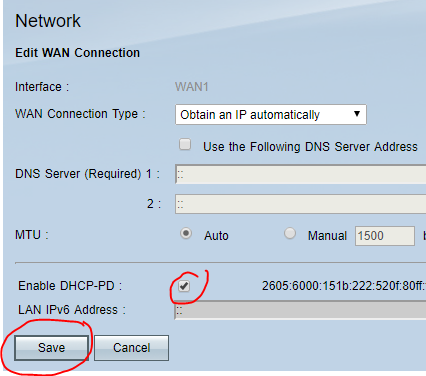 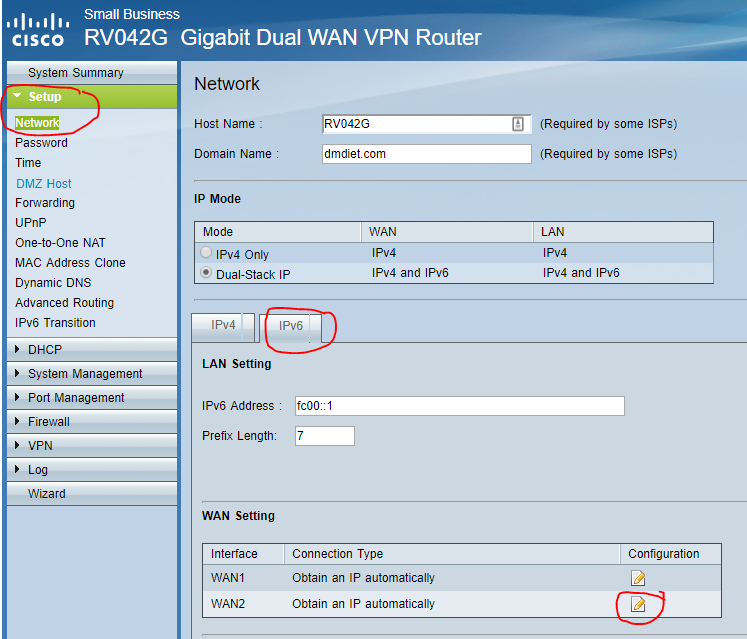 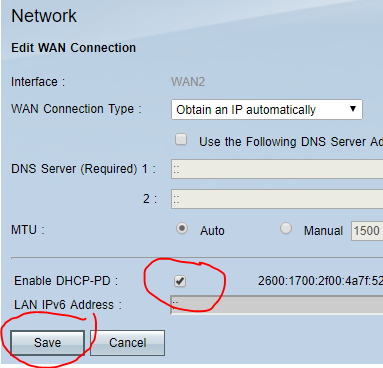 These are Google's IPv6 DNS Servers: 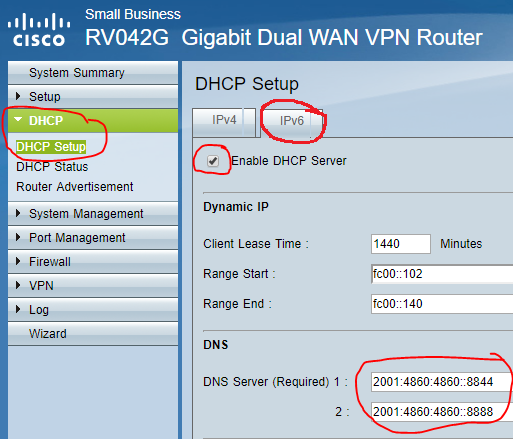 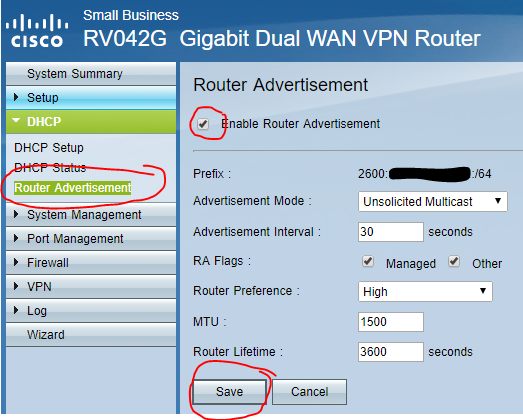 After configuring IPv6, I was able to contact my Cisco router using this URL:
https://[fc00::1]/home.htm


I ran these tests with the WAN2 port disabled on the router. 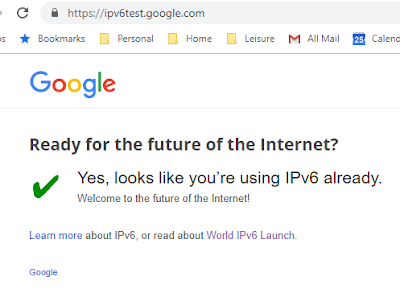 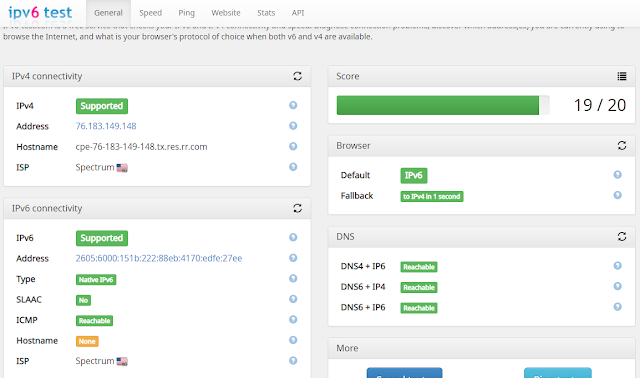 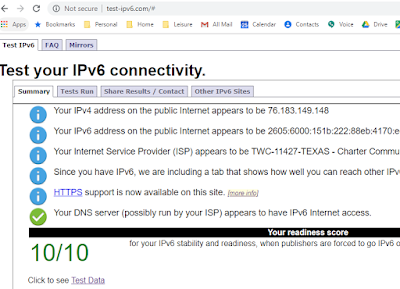 I ran these tests with the WAN1 port disabled on the router. 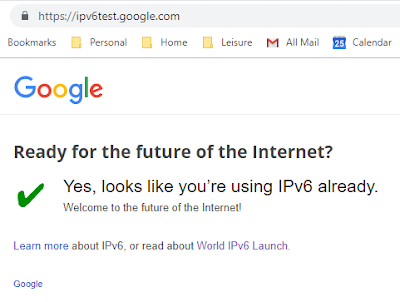 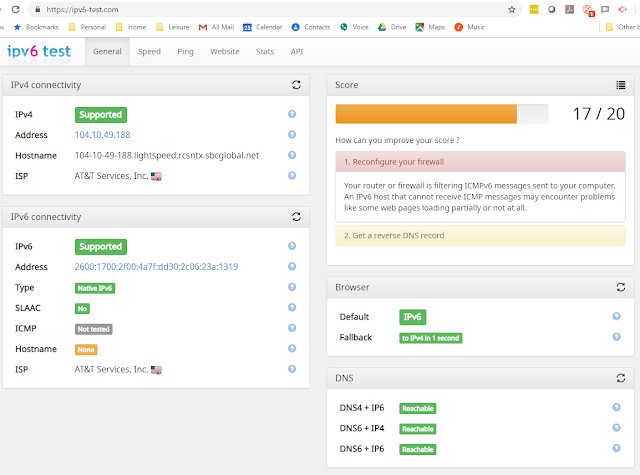 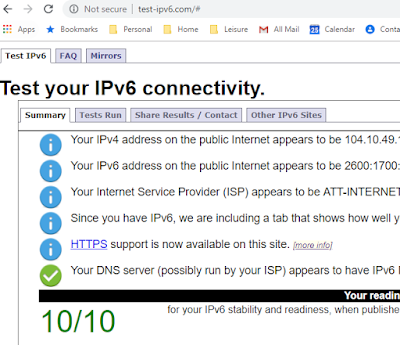 Posted by Duane Dieterich at 12:25 AM No comments: